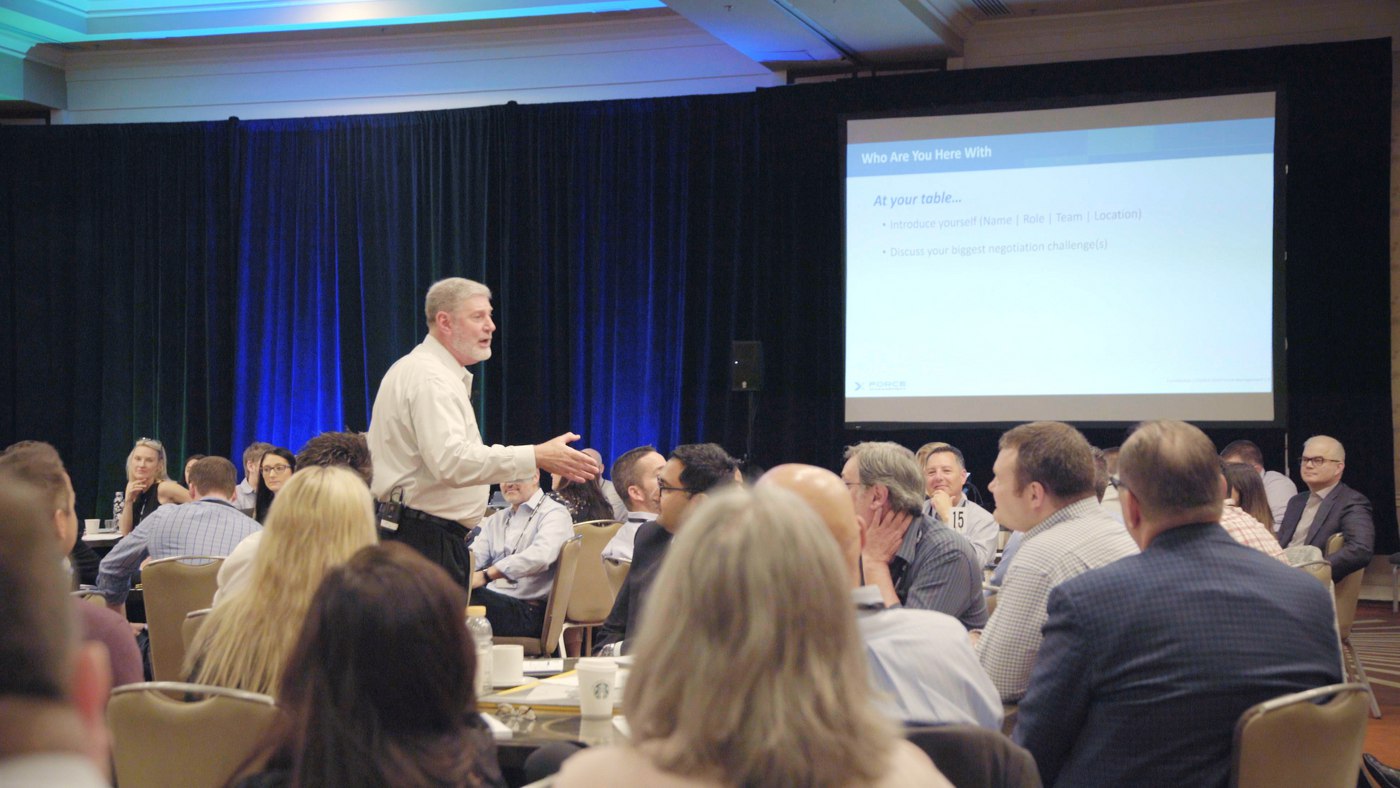 When companies are giving away too much in the sales cycle, they often lack a repeatable process that enables sales teams to effectively negotiate. We see the problem frequently, especially when greener reps have to push deals through with seasoned procurement professionals.

Negotiation isn’t a one-and-done event that happens at the end of a deal cycle. It’s a process that should be ingrained in your organization and the way you approach selling. If your margins are suffering, it could be because your organization doesn’t view a sales negotiation as part of an overall strategic process. When you make that change, you fundamentally change the mindset of your organization closing higher deals and preserving pivotal margin that can make or break your company's growth trajectory.

We've helped several sales leaders do just that. ClickSoftware and Zendesk are two of our more recent success stories.

Efficiency and predictability are two critical components to growing a sales organization, combined with a disciplined focus on the customer. Click dealt with many of the same challenges that face other technology companies. However, it was the widespread, cross-functional commitment to fixing them that differentiated their sales organization.

“The biggest challenge we had was changing the way we engaged with our customers in the field. Before Force Management, our people were eager to talk about our technology and demo our products to our customers, often with little or no understanding of the business issues motivating a customer to engage with us. They wanted to run fast, close deals, and hit quarterly targets. Nothing wrong with that, except we weren’t growing at the rate we needed to be. We were leaving a lot of money on the table," said Joe Marcin, SVP of Global Sales.

ClickSoftware's success came from cross-functional alignment and a top-down reinforcement structure. Every department in their organization was focused on how they impact the customer's business challenges and desired business outcomes. Then, how were reps were articulating the value and differentiation throughout the sales process in order to justify the cost of their solution. This mindset and accompanying tools and content was embedded into the daily operation of reps, managers and leaders.

For example, the Value Negotiation Planner was incorporated into the Deal Desk approval process. Salespeople could justify discounts or term changes based on the value created or captured throughout the sales process. This additional tool helped ensure they had a solid negotiation strategy that aligned with the buyer’s journey and desired positive business outcomes.

"When it came to bringing the deals forward, it made our sales athletes really think through the value proposition for the customers and why they were asking for what they were," said Joe Marcin, SVP of Global Sales.

The success of Click has come, in part, from a culture of discipline. One that Marcin champions, especially with his frequent use of the term sales athlete - a moniker that indicates the importance of practice and proficiency in execution.

“It took some time, some success stories, and a strong commitment from front-line managers to shift our approach. Our sales athletes’ began to truly focus on asking great discovery questions and making sure they were performing thorough business assessments. That shift made it so much easier to drive value-based conversations and truly understand the size of the business problems we were solving. From there, we could start to differentiate not only what we sold, but how we sold it – and command a premium on our deals.”

ClickSoftware was recently sold to Salesforce for $1.35 billion. Prior to that sale, these were the metrics they achieved after implementing Value Negotiation, combined with a consistent messaging and qualification process.

Dealing with aggressive growth goals, leaders at Zendesk needed a way to improve productivity and scale the company. They couldn't get there without standardizing the processes that support their sales organization, including their negotiation strategy. Like many companies tackling market share and trying to preserve margin, they needed to minimize the amount of discounting in the late stages of the sales cycle.

“Value Negotiation was one of the best trainings we’ve ever done. Within one quarter, the training paid for itself by the amount saved from discounting,” said VP of Sales Jaimie Buss.

The reason for Zendesk's success was in part, a consistency around the organization. Much like ClickSoftware, changes to the deal were justified based on the frameworks that were created in the Force Management implementation process. Zendesk reported a significant decrease in discounting, even with the sheer amount of transactions that the organization does. Other results include:

“We received a lot of value from the Force Management trainings. They’re not just coming in and telling your reps what to do, they come in and build tools that your team can use as an ongoing process," said Buss. "The combination of pragmatism and customization made this one of the best trainings I’ve been a part of.”