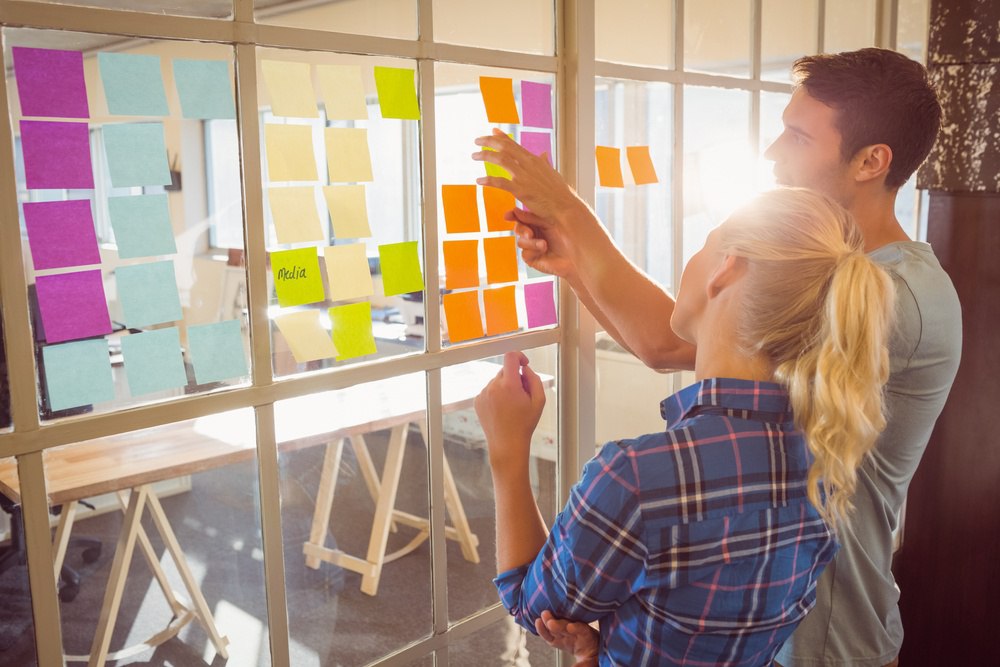 I have been very fortunate to be a part of some great teams in my life.

My freshman year in college I played football for the Defending National Champions of I-AA (now D-I), Boise State University. I transferred my sophomore year to Bowling Green State University in Ohio and played for one of the greatest teams in BGSU history. During the 1985 season we were ranked 20th in the nation ahead of some of the powerhouse schools like Texas and Georgia!

In my business career, my fortune for playing on great teams continued with ten years at Xerox Corporation, nine years at the legendary PTC and now more than 15 years at Force Management, a company I believe has the greatest results of any sales consulting firm out there. (Let’s just see!)

Playing on these great teams has taught me a lot about attracting and developing top talent. It has also allowed me to observe and learn from some great coaches and bosses. Life is a pretty cool process when you can take what you have experienced and turn it into powerful learning for others.

Some of the best advice I ever received in my leadership career was about "having command". For those of you who know us at Force Management, all of our offerings revolve around this concept.

Any leader knows that you will only be as good as your talent. A talent process needs to be owned and executed by the leader. Recently, I have seen some bad decisions made on talent within some of the teams with which we work. Those decisions are having detrimental effects. One of the most dangerous situations that can happen on your team is when you have a talented person working on the team who isn't a team player. Until you are faced with this situation, it is hard to comprehend the dilemma.  A simple matrix called the Skill/Will Model provides an easy way for you to deal with this situation.

The Y axis represents “Skill,” or a person's ability to do a given job. The X axis represents “Will”, or his/her motivation. One caveat - very rarely will you hear me say, “put your people in a box,” but for this concept I demand leaders do this. When you place a grid on this model, you can group your people into four levels.

Let’s start with a Level IV. We should all be so lucky to have a team full of Level IVs! These are our high achievers and we need to delegate to them and promote them. There are a whole lot of things that leaders do wrong with these people, but the biggest mistake is to leave them alone while you deal with other problems in the organization. This is how we lose great talent.

How many of you have been a Level IV before and your company just left you alone. There is an old saying, “A rolling stone gathers no moss.” Being “left alone” sounds like gathering moss. The best thing you can do with a Level IV is get them involved with others on the team (especially Level III’s).

Level IIIs are your diamonds in the rough. These people are typically eager new hires who have strong will,  but low skill as it relates to what your company does. I have seen busy leaders fall into the level three trap. As leaders, we are always pressed for time and as a result, the development of our up and comers falls by the wayside. In fact, the most common post-attrition thing I hear leaders say about their former Level IIIs is, “I always thought I had a little more time.” Some Level IIIs don’t wait around for their absent leaders to lead them, so they look for others. As we will soon discuss, who they tend to find available to provide information can be VERY dangerous for you and your entire organization.

The Level I Salesperson

Level Is are a very unfortunate situation. When someone has low skill and low will, there is really nothing you can do. The hard realization for leaders is that Level Is don’t start out as Level Is. They always come from somewhere else on the grid. Yes, you guessed it, they come from Level IIIs. The number one reason we tend to “hang on” to Level Is is because we feel guilty they moved to Level I from Level III on our watch.

I have had deep and long discussions with leaders who spend an inordinate amount of time trying to save Level Is. It is my experience that they are not savable. The best thing you can do is move them out of the business with dignity and respect. It's important you take that seemingly hard step because inaction can put tremendous pressure on the rest of the organization. How often have you gone to a Level IV and asked them to do unnatural things in their own forecast or pipeline to cover for a shortfall from your Level Is?

This is the fastest way for you to lose credibility in your organization. Don’t lose the locker room because you did not take care of your leadership responsibilities. Handle ALL talent situations with dignity and respect. Too often, I hear leaders trash talk about Level Is and it feels like they are trying to deflect blame away from themselves. Always do the right thing.

By far, the most difficult situation that arises in the Skill/Will model is with the Level IIs. These people are typically making their numbers, but they have bad attitudes that can negatively impact the team. I have had countless discussions with leaders about these types of individuals. Very few leaders actually have the confidence in themselves to address these individuals properly. When we let Level IIs do the things that they do (typically disruptive to the team, customers and the company), it sends a horrible message to the rest of the team. I have actually seen leaders get fired because they did not take proper care with these individuals. There is no amount of revenue worth it to me to have one individual destroy the continuity and morale of the rest of the team. None!

One of the biggest unintended consequences of not dealing with Level IIs is the direct impact it tends to have on Level IIIs. Remember the point I made earlier about Level IIIs looking elsewhere for their leadership because you are not available to them? Well, you can typically find them with the Level IIs! If you are not familiar with the fable of the Pied Piper, you can read it here. The person who is in charge of rats turns his focus to the children of the village and lures them away. How perfect is that analogy?

One last heads up - I never took on a Level II until I found out “the story” behind their situation. My father used to say, “Everybody has a story." No matter how you slice or dice it, a Level II can only come from one place, a Level IV! Think about it. When you look at the grid, you will see that it is not possible to come from any other place, but from a Level IV. This means they slid over. If it was on your watch, you probably know what caused them to have issues with Will (attitude, behavior, desire). If it was not on your watch (meaning you inherited the person), I would always take the time to find out the story.

One of my favorite experiences as a leader is when I confronted a Level II about their attitude. I did not get into it with them right away, but did something very different. I drew the Skill/Will Model on a whiteboard and walked them through all the quadrants. Then, I handed them the marker and asked them to mark where they thought they were. Almost always a Level II will mark themselves as a Level IV. The power of me taking that marker and putting that person in the box of a Level II, drawing a line between my mark and theirs in a dramatic way, followed by VERY specific and detailed examples of the behaviors/actions that have to stop, has proved to be an excellent way to get the conversation started. I typically take an empathetic tone on my questions as I ask the Level II where/how he or she thinks they went astray. Over the years, I received some interesting answers.

When the Level IV to Level II slide came on my watch, my eyes have been opened about some things I may have communicated that were not taken well or commitments that I did not honor. I lump these reasons into a category I call feeling wronged. I have also been deeply moved by stories of abuse, loss and pain that have caused changes in people’s behavior. Always stay close to your Human Resource organization in these situations. Most of us are not trained in how to handle these situations or give advice, but your HR leaders are. Bottom line, no matter what the reason, it needs to be made clear that the bad behaviors or attitudes will stop immediately.

I have always made it clear to my teams that NOTHING gets in the way of the team. No individual is ever bigger than the team. You as a leader owe it to your team to meet people where they are and manage them in a way that drives success for the broader mission of your sales organization.

Many of you know, my favorite team is the University of Michigan Football Team. I still get goose bumps thinking about General George “Bo” Schembechler addressing his players about the importance of the The Team. Below is my favorite speech from Bo that really brings all these points home. Enjoy.