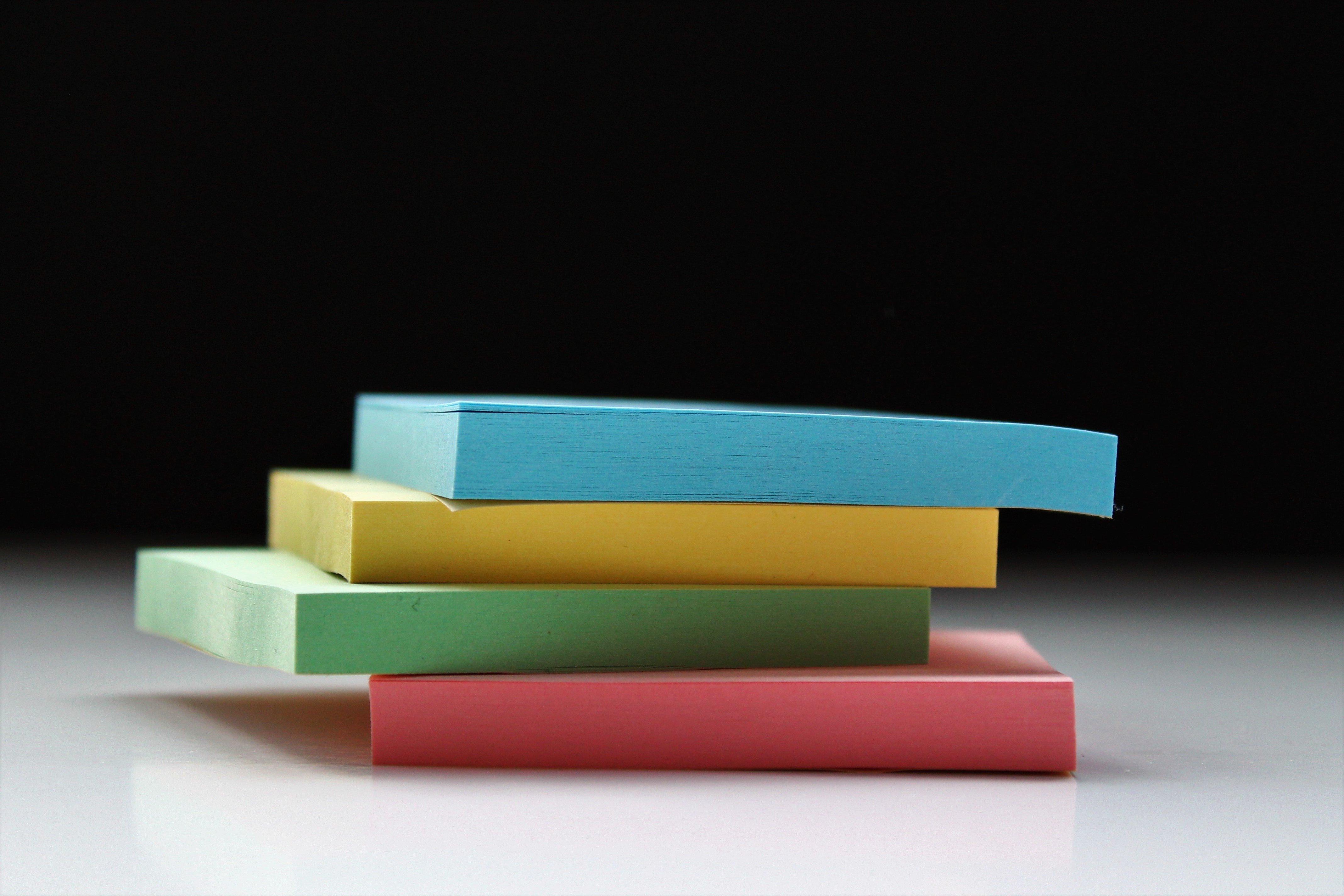 The Plan to Make the Plan

“A goal without a plan is just a wish.” - Antoine de Saint-Exupéry

It’s that time of year again when elite sellers are putting together their plan for the new year. Early in my career, I remember having an incredible year of performance. I was the top rep in my region and preparing to go to Hawaii for President’s Club. It was, by far, my biggest income year to date. Sounds like a great story, right? It was actually one of my darkest hours in selling. Let me set the stage for you.

It was about 7pm and I was sitting in my cubicle in Southfield, Michigan. I was holding my final commission check for that year in my hand. It was a big number and it was exactly what I was expecting it to be. You would think that I would have been overjoyed in that moment, but I was not. In fact, I was the exact opposite. I just sat there staring at the check. My good friend, Keith, came up to my desk and saw me sitting there with my head looking down. He took one look at my commission check and went crazy. He was hooting and hollering and then he realized that something was off. He asked me what was wrong, and I just shook my head and told him, “Nothing, I’m good." Keith was a good friend and he knew something was not right. Later that night he called my boss, Pete, and told him that something was going on.

Any idea what the problem was?

One of my favorite Lombardi quotes is, “I firmly believe that any man/woman’s finest hour, the greatest fulfillment of all that he/she holds dear, is that moment when he/she has worked his/her heart out in a good cause and lies exhausted on the field of battle - victorious.”

This was my favorite quote and I should have been living it right there and then! So why was I feeling so awful? Because I knew what it was going to take to do it again. Not only was I exhausted, but I also believed that I had exhausted my territory. It was such a critical moment for me. I can only imagine how many of you might be feeling the exact same way.

What do great leaders do?

That night, I got a call from my boss, Pete. He congratulated me on my great year and asked me to come see him first thing in the morning. When Keith called him and told him how I was acting, he knew exactly what was wrong with me. All great leaders do. He knew that I was sitting there believing that I had exhausted all of my opportunities in my territory and I had no idea how I was going to do it another year. In those days, the quota process was rough. Whatever revenue number you achieved in one year became your minimum quota the next year (yeah, yeah I know, walking to school uphill both ways with no shoes, but it is true!)

The next morning, I walked into Pete’s office not looking much better than the night before. The first words out of his mouth were like gasoline on a fire. He said, “So what is your plan to make your number next year?”

I actually could have smacked him in that moment, but I just looked at him and said, “I have no idea boss. I drained it this year.” My thoughts were downward spiraling so fast that I was already contemplating returning some phone calls from companies that were contacting me about other opportunities. Yes, that's right. I crushed my number, fully realizing my personal goals for the year, and at the same time was also contemplating leaving the company.

Sales leaders out there beware! This same situation happens every year with your top people!

When recruiting, I call it the Rule of Three. No matter your headcount, you always need to be recruiting three people for one role. Someone on your team won't make it and needs to be let go (top grade), someone should be promoted (if you are doing your job and not holding them back) and someone is going to surprise you. Many times, the “surprises” are in the same type of situation I found myself in. Great leaders, however, are rarely surprised because they understand their people.

Great sales leaders help their people get “unstuck”. My boss, Pete, spent the night going through my territory looking for ideas that I may have missed. He found one. Not a little one, but a huge one. Uncovering this idea turned out to be one of the greatest gifts that any boss had ever given me.

Finding the Opportunity in my Territory

Back in the day, Xerox was in the high-end equipment industry and competed heavily with Kodak. The company decided to go directly after Kodak and had just announced a very significant trade-in incentive for customers to go from Kodak to Xerox. I had seen the announcement, but really did not pay much attention to it. It was like asking a Michigan fan to go to Ohio (vice versa) or an Alabama fan to go to Auburn (vice versa) or you can just fill in the blank with your favorite rivalry.

Pete asked me, “Do you know how many Kodak machines are in your territory?” My answer was no, but I knew about a few.

He then asked me, “How much money do you want to make next year?” That answer I knew.

Followed by another question, “On a quota of X, how much revenue do you have to gain to get there?”

We figured that out together and starting writing things on his whiteboard. So, I had the revenue number I needed to make the money I wanted to make and now we started to make the revenue number real by digging into real pipeline (the pipeline I had previously believed was drained). We started with all the Kodak machines that were in my territory. If I targeted to replace them with Xerox equipment of like size, that would be a huge revenue number. That became one target list. We did not stop there. We found a product line that I had completely dismissed for my territory because I didn't know how to sell it. It was a new technology that I did not understand well and I never needed to sell in the past to make my number.

Is this story sounding a bit more familiar for any of you reading?

When we were done, we had developed a significant list of opportunities (pipeline) that totaled to about 4x what I needed to make my number. There was no discussion about how easy or hard it would be to go get that number; this was just a vision session. If I could not see it, I would not believe it. Pete did a wonderful job helping me to see it. The “excuse department” of easy or hard would come later. I left his office with a totally different mindset. For the first time, I actually believed that I had a shot at making my number for the upcoming year. This is what great sales leaders do!

I had the new opportunities scrawled out on notebook paper, but I needed a better way to stay focused on them. I found someone in our printing systems group and told them I needed a programmatic way to stay focused on my highest priority opportunities on a daily basis. This was way before CRMs! He actually wrote me a cool little program and handed it to me on a floppy disk (ha, anybody out there asking themselves, “What’s a floppy disk?”). A floppy disk was not going to do me any good if I did not have a computer! So, I went out and bought my first computer in order to use the program. It was a Tandy computer (I just lost another 1/3 of the readers!).

My plan became known as the “The Plan to Make the Plan”. It was nothing more than an excel spreadsheet which listed every single one of these opportunities with a weighted percentage as to how much it was worth to me. Every day I would look at the biggest percentages and ask myself, “What am I going to do to advance this opportunity today?” It was unacceptable for me not to be focused on my largest opportunities on a daily basis! The program was written in a way that tied my activity to my income. For example, when I sold one of these opportunities and plugged the number in, it updated my current performance, compensation and total pipeline needed automatically. I could not wait to get home and update my numbers and print out an updated plan! This may sound ridiculous to many of you based on available technologies today.

My point is not about technology, it’s about MINDSET! This was MY PLAN and I was RESPONSIBLE for it and ACCOUNTABLE to it. I OWNED it. This still gives me chill bumps today. I printed out copies and handed them to “specialists” who supported products that were a part of my plan. This process immediately created collaboration that had not existed before this plan. My territory was a good one, but if I did not represent their products in it, they would not be successful. I needed them and they needed me. They taught me how to sell the products that I had avoided. My learning was based on real live opportunism not books or classrooms.

The rest of the story...

So, what happened to that tired rep who was contemplating leaving the company while still on top? I sold 99% of those opportunities in that plan. I was the number one rep in the region and had my highest income year to date, significantly exceeding the previous year. Not only did I get promoted the following year, but so did my boss and one of the specialists that I had collaborated with on my plan. I spent a couple more years at Xerox in some very rewarding roles and then joined PTC. While at PTC, these same kinds of disciplines and processes were institutionalized to create one of the greatest selling organizations in history. PTC had a stretch of 43 straight quarters of NEVER missing their number to Wall Street (that’s 10+ years!). This was not just a number; it was a double digit and profitable growth number every time!

All of this education and experiences have been incorporated into Force Management’s Command of the Plan offering. This time of year it's critical to develop the plan for next year.

Here are some basic principles for effective planning: